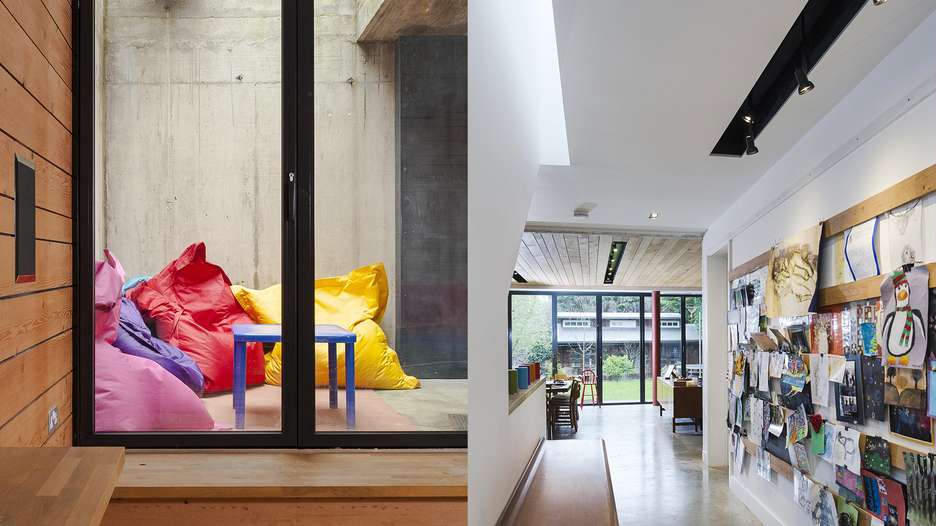 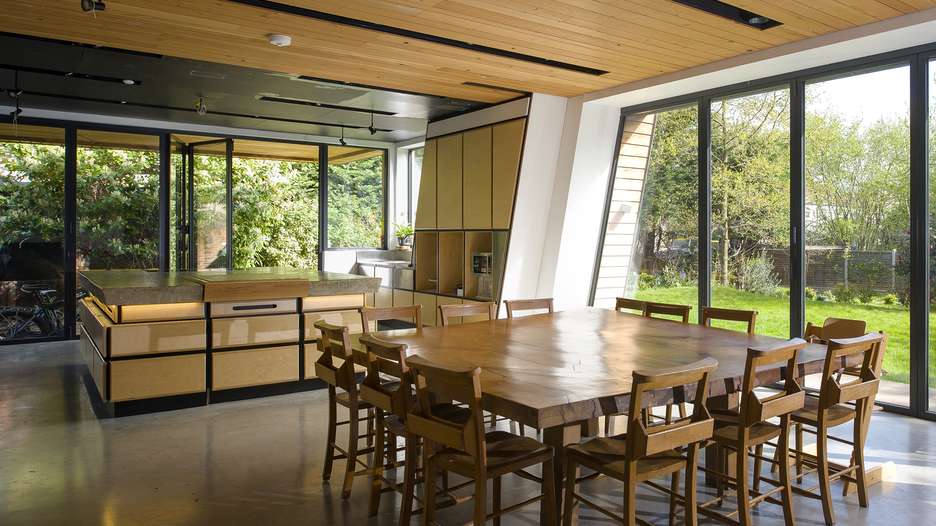 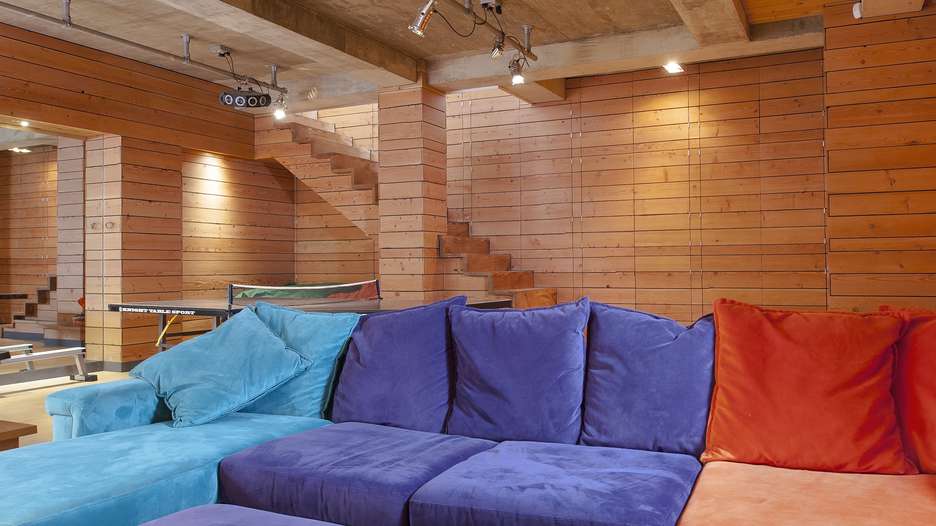 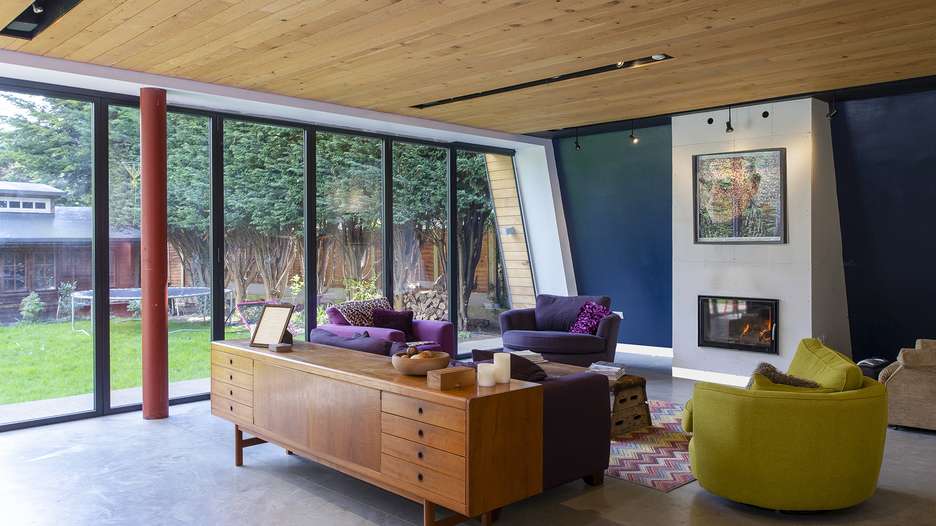 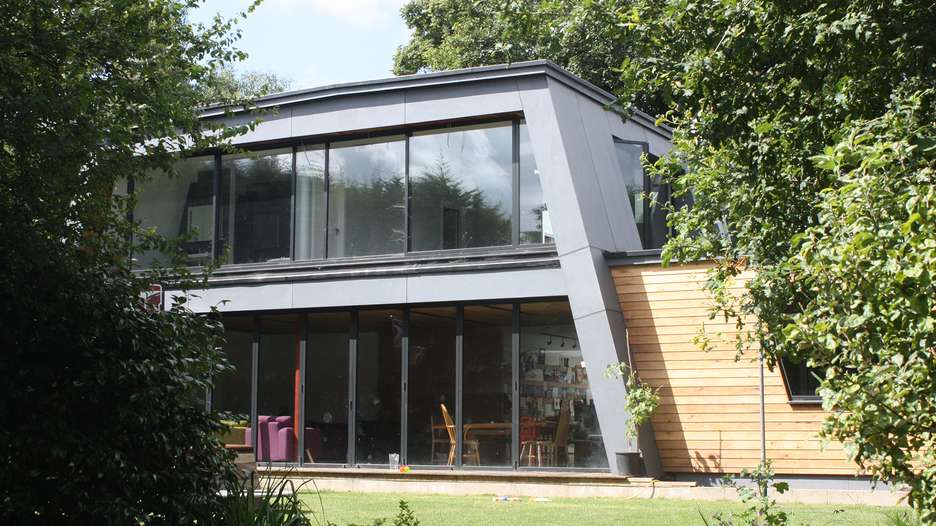 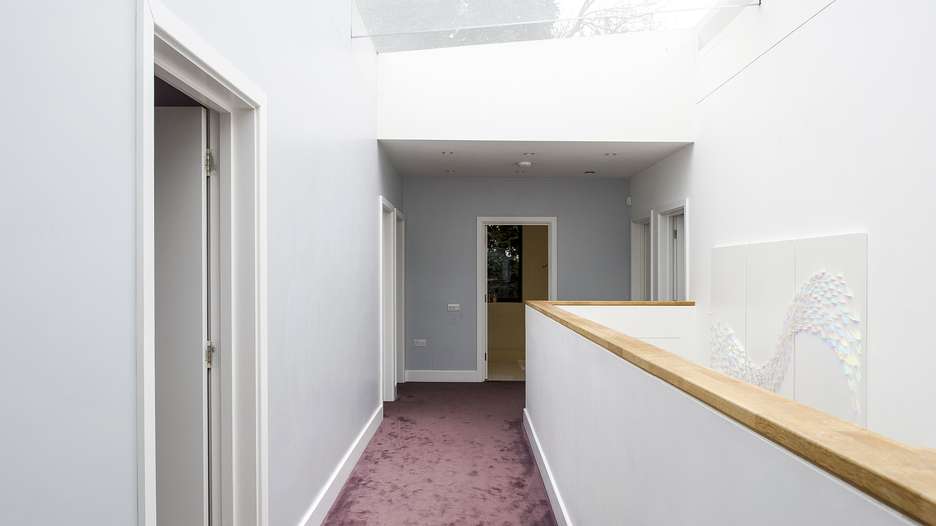 An expansive new build property in North East London, which is currently on site with T-Space acting as architect and main contractor. The design grew out of the planning constraints of the site - the long elevations which face neighbours are planted green walls, such that they recede into the existing tree cover, whereas the elevation to the garden is entirely glazed. Internally, the layout is simple, with the principal rooms radiating from a central internal courtyard which throws daylight deep into the plan.

Despite its size, the house is designed with as small a footprint as possible, being highly insulated and predominantly of timber construction. The lighting is LED based and low consumption appliances are used throughout. It relies on a ground source heat pump and solar panels for heating and hot water, and heat recovery units as part of a whole-house ventilation system.
Photos by Neil Perry